We have believed in this winery since they started and sold their products since 1989. Being proud to have been part of this great family for more than 25 years.

For over an astonishing 500 years, the Raventos family has been involved with winemaking in the Catalonia region of Spain. Growing grapes on their historic 90 hectares that has been in the family since 1497, the quality of their wines is unparalleled in the entire region, and certainly Spain. Located in the town of Sant Sadurní d’ Anoia, the Raventos I Blanc winery was founded in 1986 by the father and son team of Josep and Manuel Raventos. Unfortunately, Josep passed away just 20 days after founding the winery, but Manuel decided to carry on the project with the same passion and ideals he and his father originally set out to achieve- to create sparkling wines with elegance and simplicity, and to put them on the world map as a legitimate sparkling wine in their own right, not to imitate champagne. Luckily for all of us they have indeed succeeded in their mission, as their sparkling wines are without a doubt some of the finest we have ever tasted, Spanish or otherwise.

The current winemaker Pepe Raventos, who has converted the vineyards to biodynamic viticulture, is on a mission to bring back the prestige and quality of Spanish sparkling wines, and has recently petitioned for the creation of a new DO for high quality Spanish sparkling wines produced under much stricter guidelines, and under the name Conca del Riu Anoia. The goal is to establish Spanish sparkling wines from the new DO to rival any grower Champagne being produced. An old oak tree is the official Raventos I Blanc symbol which graces each wine label- a symbol that still looks over the winery after more 500 years and many generations of winemaking. 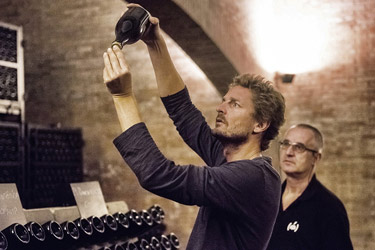 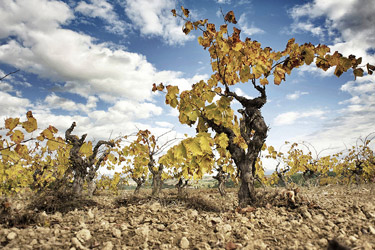 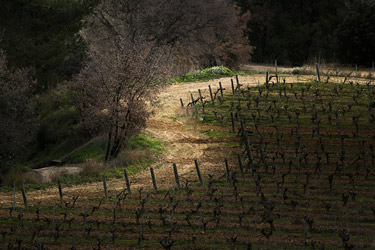 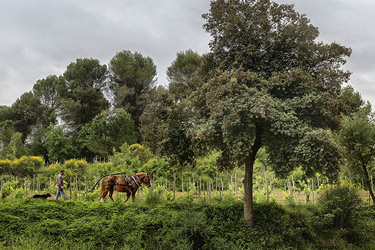 Spain DO Conca del Riu Anoia 75cl. Alc. 12º Year: 2019 Sugar: 3 - 5gr/L GRAPES: Macabeo, Xarel.lo, Parellada and Monastrell AGED: Aged for a minimum of 18 months in the bottle after the second fermentation.  Ecological wine All the organic grapes are handpicked and quickly transferred to the presses by gravity. Pressing is done at low pressure before... 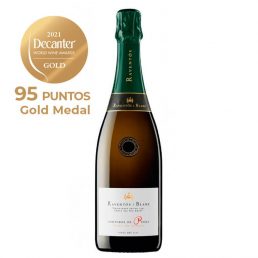 Spain DO Conca del Riu Anoia 75cl. Alc. 12º Year: 2019 Sugar: 5 - 8gr/L GRAPES: Macabeo, Xarel.lo, Parellada and Malvasía AGED: Aged for a minimum of 18 months in the bottle after the second fermentation.  Ecological wine Selected by WINE SPECTATOR magazine in the top 10 of the best sparkling wines in the world! L’Hereu Blanc de Blancs is a sparkling... 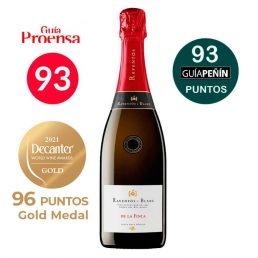 Spain DO Conca del Riu Anoia 75cl. Alc. 12º Year: 2017 Sugar: 0 - 1gr/L GRAPES: 50% Xarel.lo, 40% Macabeo and 10% Parellada AGED: Aged in bottle for a mínimum of 3 years before release. This outstanding Penedés sparkling wine comes from “the vineyard of the fossils”, an area which was beneath the sea millions of years ago. It is farmed biodynamically to...